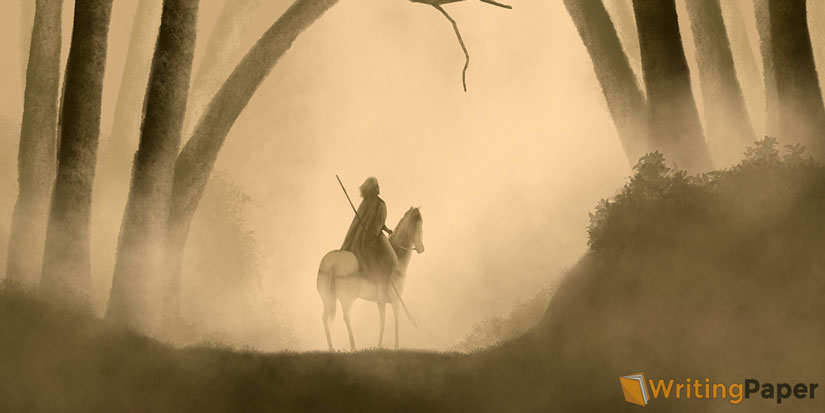 Not all novels abound in character arcs. However, those that do are usually more interesting than others.

What makes the arcs so special? There are many reasons to read fiction. One of the most popular is to get inspired and relate to the personages. Such an arc can make the protagonist’s journey more profound and fascinating.

There are three types of arcs: flat, positive and negative. You need to take it into account when creating your own arc.

Start by Explaining the Character

It does not have to be a long-winded psychological analysis, but it needs to cut deep. Of course, it will only damage your story if you try listing all the protagonist’s qualities, but you do need to recount the crucial ones to supply your reader with the basic comprehension of his/her motivations.

The reader has to figure out what the personage believes. Thus, they will see the logic in their later actions.

Have a Good Plot Point

A plot point is the moment of transition between the exposition and the change. It is a trigger event which brings the character to reconsider their beliefs (if it’s a positive or negative character arc) or see through the wrongs in others (if it’s a flat arc).

This event cannot be random. Your reader must understand why it was so powerful that is shattered the protagonist’s entire outlook.

Think of an Impact Character

You know how in all those movies there is a good character who wants the protagonist to change. Usually they are reluctant at first, but then something tragic happens, and they reconsider their position.

You are not obliged to think up such a personage to force and explain change. However, it is a very ubiquitous and helpful method of storytelling.

Climax Is Your All

After your protagonist went through all trials and tribulations of changing their worldview, there has to be that one big event – that decisive battle which should put a full-stop to your story. You have to be very careful when crafting it as it is the reason why your story unfolded in the first place.

So, normally with a flat arc a character would make the world a better place, with a positive one they should atone their past and with the negative - there is a tragic ending.

Your personages need to feel alive. It is helpful if you are a good psychologist and can imagine how certain personality types would normally react in miscellaneous situations. If you are having trouble with such understanding, it’s a good idea to conduct an imaginary interview with your characters.

Thus, you will see which actions suit each personage’s personality and which feel contrived. You will get more in touch with your personages and will be able to become more realistic.

Making an arc is a tricky task, especially if you are portraying somebody you are not. However, if you want to create a fascinating fiction world, it is the backbone which you cannot ignore. An arc is essential if you want the reader to find your ideas trustworthy.

Hopefully, these tips will help you craft a personage that will be relatable, inspiring or at least intriguing to many people.