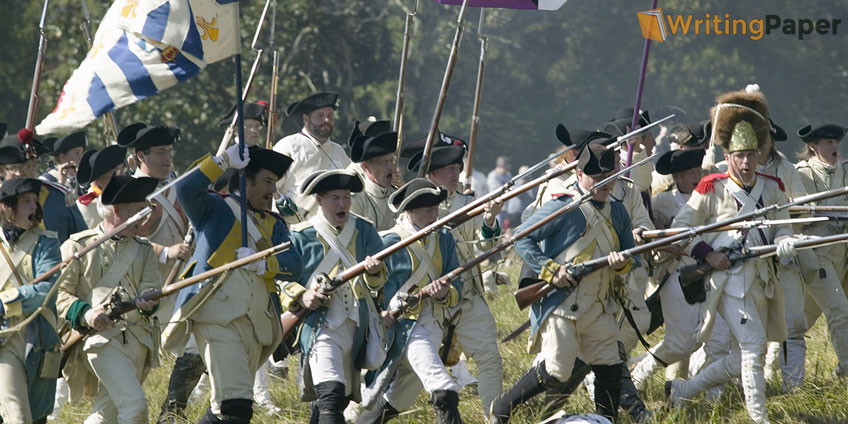 It is traditionally believed that it all started in 1789. However, it is obvious that the sentiment had been brewing for many years before. In this article I will explore the main causes which led to the outburst of this most seminal event of the 18th century.

This Revolution is often called the most transforming and significant for the world’s democracy. You can even get a Master’s degree in this Revolution if you are really interested in this historical period. The fact of the matter is that any educated individual must have profound knowledge about it.

The 18th century saw the proliferation of Enlightenment ideas and their rapid spread across European borders. It especially influenced the well-to-do third Estate such as merchants and those laborers who could read.

Obviously, it did not impact the field workers as they were either too busy working in the field or simply illiterate. However, as capitalism was establishing in France, more and more people of humble origin could afford to buy books and get educated.

This shifted their perspective on their role in society. They no longer considered themselves lesser than the nobles. They started to see through the unfair system of privilege which existed in France of Ancien Regime. No wonder they wanted to rebel.

Cause # 2: No Money in the Country

France experienced really poor harvests in 1789 – thus, people ended up with a tremendous food shortage. Normally, the King would do their best to alleviate the people’s suffering. However, the French monarchy at that time feared bankruptcy.

The reason being is that France was constantly involved in wars with England and even signed a failing trade agreement with them. Moreover, the country depleted its budget trying to help the American Revolution. Therefore, it simply did not have the money to assist its own people in the time of struggle.

The French king was no tyrant. He did not oppose change and even advocated for democracy at some point. He was rather meek for a king, but in any other time he could get away with it easily. The Revolution, however, left him and his lovely wife beheaded.

Louis the 16th was definitely not a diplomatic genius. He was heavily reliant on his advisors, always oscillating between various options. Thus, he ended up being hated by both all the estates, even though he did his best to reconcile them.

Part of the reason for his soaring notoriety was all the bad press he received. For instance, when the journalists started talking about all the grain he hides from people in his palace, it resulted in the infamous Women’s March. Louis the 16th was since imprisoned by his own people.

There is a lot to say about the Revolution and its implications. The truth is that it was preventable. However, the short-sighted politics of Louis the 16th and the serendipitous unfolding of events made it happen.

It was gory and tragic, but at the same time enlightening. There is no denying that the Revolution created the free world as we know it.