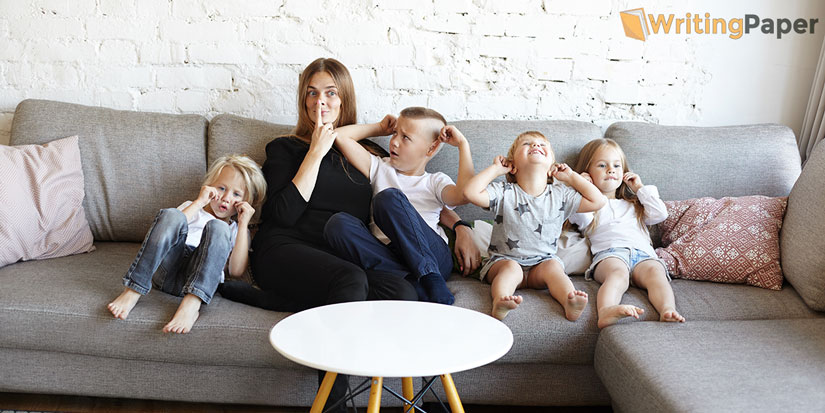 You remember the old Greek myth about a guy Narcissus who fell in love with his image in the lake? Even though narcissistic people definitely admire themselves, this illness is much deeper than it looks at the face value.

Narcissistic people are much more vulnerable than they seem to be. To most people they would come off as rude and arrogant, but in reality they are deeply anxious to succeed and often suffer from low self-esteem.

Nonetheless, they also tend to be very dangerous, especially to people who care for them and cannot spot the psychological issues their loved ones are dealing with. Hopefully, this essay sample will help you learn more about this problem.

If you want to inquire if we can write an essay on the topic of your choice, click here.

Even though many narcissists are masterful manipulators and pathological liars, if you are observant enough, you will be able to diagnose them. There are many symptoms associated with this disorder, and it is enough to have 5 to get this unflattering label.

First and foremost, such people are obsessed with success and being perceived as successful and popular. They would do everything to achieve it, even if they have to lie and manipulate others into helping them. If they fail to attain their goals, they would never acknowledge it. They would do anything to maintain their image, including putting the blame on others as well as outright lying. Moreover, they will shun from people who they deem not successful enough, surrounding themselves only with “the best.”

Secondly, they would never accept critique. Such people would view any negative remarks in their direction as belligerent, even if you have good intentions. If you point out their mistakes to them, they are going to blame others for them or even reverse the blame on you. They are so preoccupied with maintaining the high status that any hint of imperfection will be seen by them as a threat to be avoided. Such people are highly competitive and believe they are most unique and deserving.

Finally, they tend to be very aggressive. They need to win so bad that they would utilize any methods to reach their goals. If they feel somebody is better than them, they may try to bully that person out of envy. Conversely, they can befriend such prominent people and bully the unworthy outsiders together. They feel no empathy for others and form relationships only to fulfill their needs for praise and submission.

In addition to all those unfortunate characteristics, such people feel no guilt. Their sense of self-entitlement prevents them from evaluating their actions critically as they believe they deserve everything in this world. Thus, they may kill or rob feeling like they had a right to do so, as they are special and others are just there to serve their ever-increasing needs.

It is not easy to deal with such people. Many would not even recognize they have a problem as they personally believe they are perfect. Thus, it is always very hard to bring such a person to a psychologist or a psychiatrist.

However, it is absolutely necessary to do so. A narcissistic person will never stop being narcissistic unless being treated or, sometimes, getting old. Such a person will damage not only their friends and family, but society at large.

So, if you have a friend or a relative who has similar characteristics, it is better to be safe than sorry, and bring them to the doctor. And if you intend to buy a brilliant essay like this one, get in touch with us and make an order.