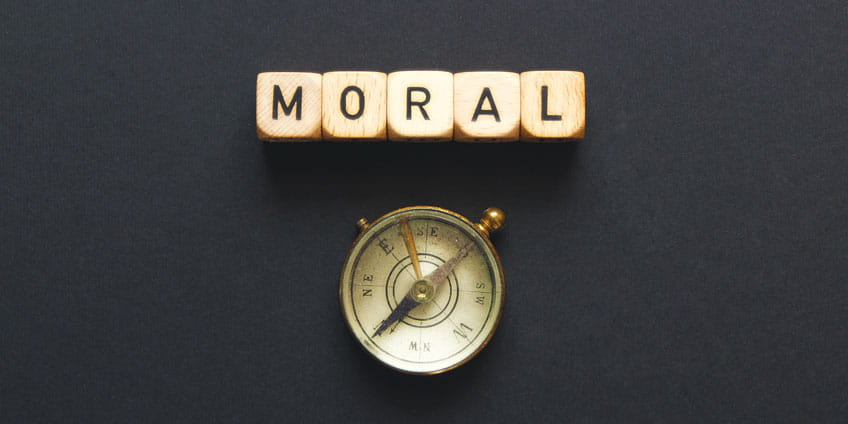 I cannot write about this without sounding controversial. This must be the first thought that comes to your mind when you get an assignment like an essay on religion, morality, ethics or any other super complicated aspect of human life. Perhaps, this is the second thought. The first one must be: why did I enter the university in the first place? There are certain topics that are perceived as a taboo when it comes to small talk at parties, presentations, and any fancy social gatherings. You can`t talk about politics, religion or your health issues while eating at the table if you want to give an impression of a polite person.

This is a social rule and it was established in order to avoid misunderstandings, too loud and passionate discussions or even fights between people while everybody`s gathered to have a good meal. Remember that last time when your extended family got together on Christmas and your uncle John or aunt Jennifer couldn`t stop talking about Trump or Brexit? How did it make you feel? Religion and politics are those topics which are able to divide the world, nations, and families. And this is exactly what these spheres have been doing throughout history.

How do you find a right approach to presenting your ideas on religious and morality issues? Honestly, there is no one because these topics are incredibly and tremendously subjective. Nevertheless, if you provide logical arguments and fill your work with solid and verified facts or you add opinions of famous influential people, it will be easier for your professor to evaluate your work no matter whether he/she is religious or not. We`re proposing you to choose from two options. There is this unbelievably interesting book by Frans de Waal that will inspire you to write a wonderful essay and we`re willing to share the most important ideas from this book. Or you can skip this part and switch straight to getting excellent grades without writing anything.

A Book That Won`t Leave You Indifferent

We must warn you that atheists are going to love this book so much more than religious people will but we`re all open-minded people here, right? You can quote this work not only in your essay on morality but in any kind of assignment where you`re analyzing Immanuel Kant`s works, an evolution of species and Darwin`s theory or even a paper on the history of society and culture. “The Bonobo and the Atheist” is a name of that book and I have warned you about this. There is no big surprise in the title taking into consideration that Frans de Waal is one of the most accomplished ethologists and primatologists (it means that he studies monkeys) in the world.

“The Bonobo and the Atheists” isn`t meant to destroy the religious views of the world population. This is just a great example of a scientific approach to the issue about morality and a role religion plays in it. Basically, our ancestors, primates, developed a social type of behavior that resembled a modern human society a long time ago and guess what, monkeys did have morality (or something you can call that way) without religion and spiritual beliefs.

An Experiment That Started It All

A decision to write a book visited a Dutch scientist after he conducted an experiment in his laboratory. There is a chance that you`ve heard about it because the results are quite fascinating, but you need to refresh your memories to write a great essay. A group of Capuchin monkeys was taught to perform a very simple task. When a monkey would give a scientist a little stone, it would receive a piece of cucumber in return. It`s basically how the modern financial system of the world works but it`s not the point. A bit later, some monkeys started receiving grapes for their stones and naturally, it pissed off other Capuchins who still had to satisfy their hunger with cucumbers.

Apparently, monkeys found it to be extremely unfair and they stopped giving stones to the scientists at all. It was a real strike going on there. Don`t you think it resembles a traditional pattern of human behavior in society? Prepare to be fascinated even more. With this article and with our cool suggestion.

Monkeys Have Morality Without Religion

Did you know that monkeys take care of old and weak representatives of their species? They adopt orphans, have sex to end a conflict, share food with each other, comfort those who lost in a battle with another monkey, they feel guilty when they do something wrong or hurt somebody, primates even respect private property and grieve because of the death of their pals. Yep, they do all of that and that`s how the basics of human social behavior were built. However, throughout centuries we were sure that ten commandments were standing behind our morality. People were forbidden to kill, to steal, to sleep around just because those actions were considered to be sinful.

In reality, though, being nice to one another, respecting each other is in our blood, our DNA and practically, society doesn`t really need a religious dogma to have morality as a cornerstone of relationships between nations. Of course, monkeys` groups had their so-called “criminals” and religion played a huge role in establishing patterns of behavior that would be suitable for each and every member of society. So, it`s just a scientific approach and, obviously, studying human behavior and comparing it to primates is an incredibly complicated and hard work. We should never be afraid of embracing an alternative idea when it comes to religion.