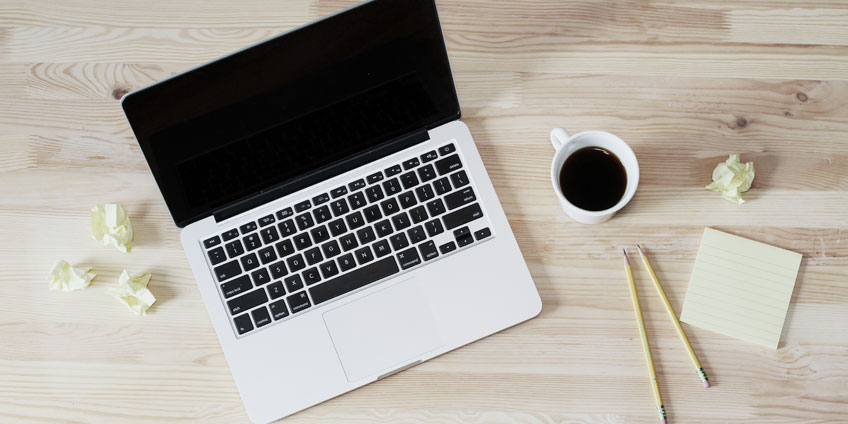 According to crimeandjustice.org.uk (2019) and Hernandez et al. (2015), the distinctive feature of serial killers is the "cooling-off period." In this regard, a serial killer is an individual who kills three or more people, typically to meet an abnormal psychological gratification. Most importantly, the murders are carried out within a timeframe of more than a month (Hernandez et al., 2015). Hernandez et al. argue that the difference between a serial killer and a spree killer is that the latter does not need a cooling-off period and, therefore, commits different murders at different times - the definition of mass murders focuses on one incident, with little distinction of time between the killings.

Typically, the motivation for serial killers is psychological gratification. Several examples of serial killings have also revealed that most of the killers have sexual contact with the victims. However, the UK law enforcement provides a broad range of motivations of serial killers, including anger, financial gain, attention-seeking, and thrill-seeking. Additionally, the victims might have some aspects or attributes in common such as appearance, race, gender, and demographic profile; therefore, although there are conceptual overlaps, a serial killer is neither a spree killer nor a mass murderer (Harrison et al., 2019).

An analysis of the data on the serial killers in the UK reveals that most serial killers, around 31.8 per cent of the reviewed cases, kill for enjoyment; other reasons include financial gain (30.1 per cent), anger (18.1 per cent), gang activity (6.3 per cent), and other reasons (9.8 per cent) (Ons.gov.uk, 2019; Crimeandjustice.orag.uk, 2019; Murphy, 2018). The data indicate that the motivations behind serial killers are significantly varied, which highlights the influence of the sociocultural and background environment in which they exist and even carry out their killings. Through popular media, serial killers are portrayed to sue repulsive techniques to kill their victims, while the statistics also indicate that most of them choose the easiest ways to kill. In this regard, most of the serial killers (43 per cent) killed their victims by shooting; others include strangling (21.7 per cent), stabbing (14.8 per cent), burgeoning (9.2 per cent), poisoning (7.2 per cent), and axing (1.5 per cent) (Ons.gov.uk, 2019; Crimeandjustice.orag.uk, 2019; Murphy, 2018). Other methods also used include burning, drowning, overdosing, running over, and smothering victims.

Studies show that the method used by a serial killer to murder their victim has a strong correlation with their scores on IQ tests, which means that smarter serial killers choose methods that are hard for law enforcement to track, gather evidence, and investigate (Ons.gov.uk, 2019; Crimeandjustice.orag.uk, 2019; Murphy, 2018). For example, most of the smartest serial killers arrested used bombs, followed by poisoning, strangling, stabbing, shooting, and bludgeoning. The statistics reveal that serial killers' mental ability varies from smart geniuses to the dumb and/or mentally ill folks.

In evaluating the psychology of serial killers, the notable aspect is psychopathy and the lack of empathy, meaning that most serial killers cannot express or understand the typical human feelings such as empathy (Pozzulo et al., 2015). However, studies reveal that psychopathy and the lack of emotions can be traced back to infancy and childhood development periods, raising the age-old question – are criminals genetically born or nurtured by the environment? This question has not been authoritatively answered through research.

However, other studies indicate that similarities in tendencies of would-be serial killers can be established as early as their infancy (Hernandez et al., 2015; Pozzulo et al., 2015; Harrison et al., 2019). Typically, among these trends is the relationship with their mothers. Their development is shaped in a way that they end up hating women; in most cases, the mothers are overprotective, controlling, as well as emotionally and physically abusive. Statistics indicate that 66 per cent of serial killers are raised in an environment where the mother is the dominant figure. Serial killers may exhibit different degrees of psychopathy or mental illness, which is attributed to their homicidal behaviour; for example, mentally ill individuals might experience psychotic breaks. This leads them to believe that they are a different person and thus compelled to murder different people. The display of psychopathy and blunted emotions means that serial killers have difficulties in following rules established by the moral standards and norms in society (Blair et al., 2005).

Even though most of them understand the rules, they typically find it difficult to follow them because they do not agree with their psychological construct. They also display a lack of guilt, remorse, and impulsivity and have a strong need to control and predatory behaviour. Psychopaths can present standard behavioural constructs to the rest of the society; in fact, some of them can be regarded as charming (Blair et al., 2005). This is significantly different form individuals with mental disorders such as schizophrenia.

Moreover, serial killers display an elevated likelihood of engaging in necrophilia partialism and fetishism; in this case, the level of fantasy that they express and the increasing blurring between reality and their imagination leads them to carry out acts such as sexual contact or achieve psychological gratification from killing targeted people (Campobasso et al., 2009). Some of the serial killers were involved with other petty crimes such as vandalism, fraud, and theft, resulting in many of them finding it hard to maintain their jobs and tend to work in manual employment.

The Operation of a Serial Killer

Studies have sought to establish the gender difference in serial killers. In this regard, much of the literature indicates that there are considerable differences between a male and female serial killer - the difference can be established through their typical portrayals (Large et al., 2008). The male serial killer is portrayed as a loner who stalks people, snatches, tortures, and sexually abuses before killing them, and most of them have scary nicknames such as “BTK – Bind, Torture, Kill” and “Jack the Ripper.” Although this description does not fit all serial killers, it provides an underlying understanding that male serial killers are more daring in their pursuit of their victims; statistics also support this stereotype when it comes to male serial killers (Fox et al., 2016).

Female serial killers are portrayed like Beverly Gail Allitt, who was convicted of murdering four children, attempting to kill three kids, and causing bodily harm to another six children; she committed these crimes over a period of 59 days. In the period when she committed these killings, she was enrolled as a state nurse, and to kill her victims, she administered lethal doses of insulin to at least two of her victims. In the body of another victim, a large air bubble was found. Investigations by the police between February and April 1991were unable to establish the nature of the three attacks that led to the deaths of these boys; this approach adopted by Allitt is used as the typical portrayal of a female serial killer – they are less bold, tend to target and kill acquaintances and people who surround them (Silvio et al., 2006); these women are also described as well-educated and caregivers.

This highlights that male and female serial killers kill differently and use a different approach to identifying and murdering their targets in society. While male serial killers are regarded as bold hunters who enjoy the thrill of stalking, torturing, and killing, women prefer the subtle approaches such as poison and the "familiar and safe" environment within their workplace and among the people who live with them (Miller, 2014a).

The media play a crucial role in the understanding and stereotyping of serial killers; for example, the coverage of homicides, including killing sprees, mass murders, and serial killings, is done according to strict definitions that distinguish serial killers from other homicides. However, the influence of the media also establishes a strong bias in the community, and consequently, law enforcement does not consider other aspects of serial killings (Miller, 2014b). For example, instances of random killings or selecting victims from a particular walk of life. Additionally, the coverage on the media of serial murders, especially the popular television shows and films, reaches a level of romanticising these killers; as a result, this creates an allure for many inactive serial killers to be triggered into killing (Blair et al., 2005). At the same time, the portrayal of serial killers in the media has transformed it from “something that a person did” to “something an individual can become” - this distinction is increasingly disrupting the traditional views of a serial killer.

The first step in investigating a serial killer is identifying a pattern of murders fitting the known structure of serial killing; in this case, using forensic and behavioural evidence plays a crucial role in linking the targeted killings, and thus establishing them as part of serial murders (Blair et al., 2005). The identification process focuses on developing the link between the victims, establishes a pattern and a profile of both the victims and the suspects. Identifying murders as serial killings is a crucial step in the investigation; it also sets the stage for profiling potential perpetrators and proceeding with the forensic evidence such as DNA or fingerprints to tie suspects to the murders.

Criminal defences of serial killers typically focus on their mental state; the underlying issue in these arguments is that if the psychopathy and emotional bluntness they face are a result of childhood trauma, do they bear the responsibility of their actions? This is especially the case if they are mentally ill; therefore, pleas of insanity or other mental illnesses are common in their criminal defences (Palermo and Knudten, 1994). In the UK, murders including serial killings receive a lifetime prison sentence - this means that the murderers will remain in prison until their lives end. Currently, there is no specific guidance regarding the sentencing of serial killers specifically.

According to this study, the primary difference between serial killers and ordinary murders is that most of the serial killers are significantly driven by a combination of their overarching psychological status, their developmental history, and impulsivity to commit murders; additionally, most of them draw psychological gratification from such killings. Ordinary homicides, even those that occur outside legal justification, lack the consistency of serial killings. For example, vehicular homicide and vehicular murder are different from serial killing because they lack the distinct features – three or more murders and a cooling-off period. Additionally, serial killing is different from mass murders because the latter are carried out at one place and a single given period; therefore, the psychology of a serial killer is hard-wired towards killing for psychological gratification among other motivating factors. The psychology of ordinary murders is driven by circumstance and emotion of the moment; additionally, ordinary murderers are less likely to continue killing, unlike serial killers.

Palermo, G.B. and Knudten, R.D., 1994. The insanity plea in the case of a serial killer. International Journal of Offender Therapy and Comparative Criminology, 38(1), pp.3-16.